The exhibition is promoted by Florence Municipality and Mus.e

Gaetano Pesce inaugurates his exhibition at Museo del Novecento and displays his site specific monumental statue dedicated to women’s current condition. The “Maestà Tradita” exhibition is promoted by Florence Municipality and Mus.e, together with the historical-artistic consultancy of Sergio Risaliti and Vittorio Sgarbi and it will be open from October 21, 2016 to February 8, 2017.

As an artist, designer, architect and creator of today’s icons like the popular Up, since the end of the 60’s he has centred his inter-disciplinary research on women and the whole female world, by connecting his intuition and the deepest and most archaic aspects of being a woman to the social, political and economic situation of our time. Gaetano Pesce embraces all the techniques and the different cultural sources of anthropology, art history, sociology, folklore, biopolitics and geopolitics to create imaginary experiences and information, by testing images and materials with an extraordinary expressive and iconographic freedom. “Multi-disciplinary art visits our time…it doesn’t like hierarchies between different codes of expressions…creativity of today doesn’t meet coherence…recognisable languages bore and belong to the past…the complexity of our time reflects diversity of values – including contradictory ones – which creates pluralism, inconsistency and multiple behaviors. Women’s nature and its peculiarities correspond to belonging to our time: this is the reason why I think women will be protagonists of the future”.

Since the beginning, Gaetano Pesce has contributed to destroy the boundaries between architecture, art and manufacturing, creating an imaginary universe of projects and objects that have become real creativity icons and have already been known and analyzed in the whole academic world and more. Indeed, Gaetano Pesce’s multidisciplinary works are included in the permanent collections of the main cultural organizations and the most prestigious American museums, such as Moma and Met. Additionally, Pesce has exhibited everywhere in Europe, from the Centre Pompidou in Paris to the MAXXI in Rome.

Thought for the public area in connection with its historical, artistic and religious context, Pesce’s new sculpture will be displayed in Piazza Santa Maria Novella close to the extraordinary facade of the basilica designed by Leon Battista Alberti on a previous installation. His monumental sculpture represents a woman wrapped up in a long cloak: she is a sort of Mater Matuta (like the one at the Florence Archeological Museum), and also an archetype inspired by the Christian Maestà. Therefore, the sculpture is the contemporary echo of the very famous Madonna Rucellai – which was commissioned to Duccio di Boninsegna in 1285 by the Laudesi confraternity for their chapel in Santa Maria Novella church. At the end of the sixteenth century, it was moved to the Rucellai chapel of the Dominican church, while in the XX century, it arrived at the Uffizi Museum. The Maestà Tradita is seated on a throne that is on an high pedestal itself. However, her figure of queen and mother clearly shows signs of pain. Her cloak is also her body, her uncovered body and her nude skin. It is a grazed, scourged body and an uncovered skin exposed and marked by verbal and physical abuse and violence. A big and heavy rusted metal sphere is tied to the right foot of the woman, with a strong chain as a symbol of the slavery that thousands of women are still suffering in many countries of the world. The current presentation of the composition reflects the popular Up shapes and is a reinvention of the Paleolithic Venus – symbol of fertility and sacredness in relationship with earth and cosmos forces. Arranged on the side of Santa Maria Novella facade, the Maestà Tradita wants to be a memorial of women independence, a text of accusation, a new culture manifesto and a condemnation of the male world that keeps betraying, abusing and harassing the sacred women body and its uncovered skin, forcing them to go through the pain of being women, of intolerable commodification, manipulation and exclusion.

Inside the Museo del Novecento, the exhibition itinerary winds among its new rooms and its internal chapel giving the exhibition a double value: performing and anthological. Its 30 drawings – most of whom are new – portray the evolution from the 60’s to nowadays of what has been the instrumental subject of one of the contemporary art and architecture main performers: women as centre of the world and feminism as unique and creative strength. Every room will be a multidisciplinary installation, communicating through smells, liquids, sounds and other elements the difficulty of being women in a world that is still controlled by the consistent and conservative male nature. The exhibition includes a lot of performances that engage visitors in an emotional and sensorial journey planned with no rhetoric, but with poetical and rough expressionism. Therefore, this event has a extraordinary nature, since it takes place in a city that founded its universal beauty standards starting from men – as centre of the universe – by enhancing bodies virility as temple of virtue and courage, strength and divine brilliance. In the end, the Maestà Tradita in Piazza Santa Maria Novella places itself as dialectical icon among the giant Reinaissance sculptures of Piazza della Signoria. 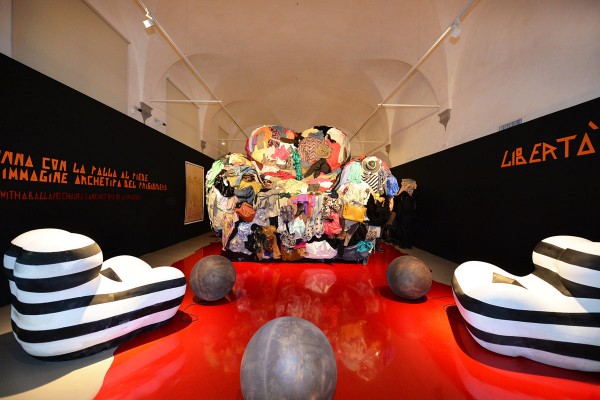 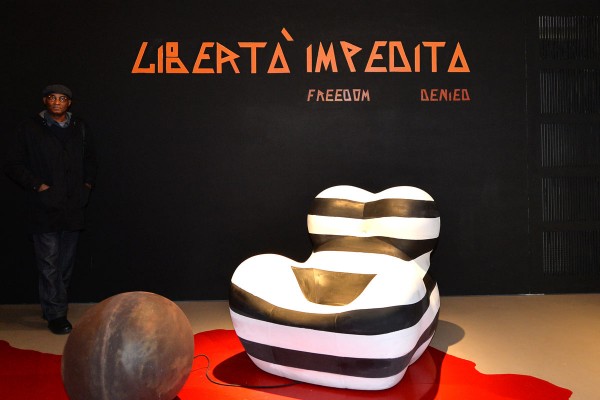 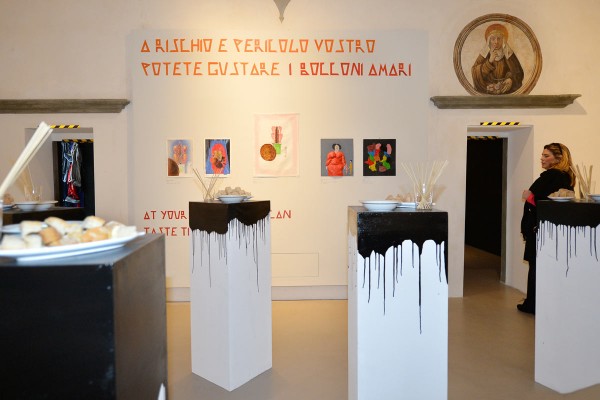