The Medici tapestries come back home to Florence after 100 years

After Rome and Milan the exhibit in the Sala dei Duecento

The twenty Medici tapestries showing the stories of Joseph and realized by some of the most important Renaissance artists, are home once again after over 100 years. They were commissioned and devised by Cosimo I de’Medici for the Sala dei Duecento in Palazzo Vecchio: the last time they were all exposed together was on the occasion of the Unification of Italy and then split up in the following years. After a long restoration, they have been exposed during a traveling exhibit involving Rome, Milan and now back to Florence, where they will be displayed from the 15th of September to the 15th of February. The series of twenty tapestries telling the “Stories of Joseph”, made in Florence in the sixteenth century, 1545-1553, for Cosimo I de’ Medici, represents one of the highest examples of Renaissance art and craftsmanship. The precious nucleus, woven by the Flemish Jan Rost and Nicolas Karcher and based on drawings by some of the most prominent artists of the Renaissance – Agnolo Bronzino, Jacopo Pontormo and Francesco Salviati – was exposed for over a century in the Salone dei Dugento in Palazzo Vecchio, then stored in the deposits up to the Unification of Italy in the nineteenth century, when it was showed to the public once again. Ten pieces are currently kept in Florence, while the other ten ended up in Rome, when the Savoy family took them to decorate the Quirinale halls. In 1983 the tapestries were finally removed from the walls of the Salone dei Duecento to be studied so as to ascertain their state of conservation and start the restoration, begun in 1985. The intervention was commissioned and completed by the Opificio delle Pietre Dure di Firenze, with the financial support of the Cassa di Risparmio di Firenze and, later, of the Ente Cassa.

The exhibit, titled “The prince of dreams. Joseph in the Medici tapestries by Pontormo and Bronzino”, was possible thanks to the commitment of the President of the Republic Giorgio Napolitano and later Sergio Mattarella, and of the mayor of Florence Dario Nardella. It was inaugurated on February in Rome, in the Palazzo del Quirinale. Then it moved to Milan, in Palazzo Reale, on the occasion of Expo2015. Now the exhibit takes place in Florence, where the tapestries are finally united after 133 years and back to the place they were made for.

The display, realized thanks to the crucial contribution by Gucci, is therefore the perfect completion of the commitment shown by the city of Florence to allow the public to appreciate this work of art once again. The ten pieces moved to Rome in 1882 by the Savoy family, are placed next to the other ten “Florentine” pieces, restored to their ancient splendor by the Opificio delle Pietre Dure thanks to the financial support of the Cassa di Risparmio di Firenze, with an excellent intervention of restoration lasted 27 years. The exhibit, curated by Louis Godart, the Advisor for the Conservation of the Artistic Patrimony for the President of the Italian Republic, is promoted by the President of the Italian Republic, by the Comune di Firenze and the Comune di Milano in collaboration with the Ministry of Cultural Activities and Heritage and of Tourism, Expo 2015 and the Bracco Foundation. Main sponsor Gucci, with the support of Acea, Ente Cassa di Risparmio di Firenze, Camera di Commercio, Poste Italiane. Technical sponsor: Trenitalia. The general organization and realization are by Comunicare Organizzando. Official collaborators: Mus.e, InPiù Broker, Lloyd’s, Gondrand.

Docufilm and touchscreen: history and technology

The “Prince of dreams” exhibit offers an accurate multimedia section realized by Mus.e with the important support of Ente Cassa di Risparmio di Firenze. Before entering the Sala dei Duecento, the visitors can watch a docufilm with high definition images to delve deeper into the contents and stories of the Medici tapestries. In the center of the room, with four state of the art multimedia screens, the visitors can immerse themselves into the details of the work, thanks to innovative solutions for an interactive experience: through the touch screen, one can select a single tapestry to see its details and get further information.

The story of the tapestries

The tapestries with the Stories of Joseph were commissioned by Cosimo I de’ Medici between 1545 and 1553. The preparatory drawings were assigned to the greatest artists of the time, starting by Pontormo. But his sketches did not please Cosimo, who decided to turn to Agnolo Bronzino, a pupil of Pontormo already working as a painter of the court, who was also responsible for a part of the narrative scheme of the series. Woven in the middle of the sixteenth century by the granducal factory, one of the first founded in Italy, the tapestries were made by the Flemish weavers Jan Rost and Nicolas Karcher following the drawings made by Agnolo Bronzino, Jacopo Pontormo and Francesco Salviati. The series depicts the story of Joseph, the son of Jacob, hated by his brothers because favored by their father. Cosimo de’ Medici was especially fond of Joseph, because he found his life was a mirror to the complicated ups and downs of the Medici family. Joseph, betrayed and sold as a slave by his brothers, a prisoner in Egypt, was able to overcome adversities thanks to his rare intellectual abilities, to pursue a brilliant political career so as to gain a powerful position. A persuading speaker, the advisor and interpreter of the Pharaoh’s dreams, Joseph will save an entire people from famine and, lastly, he will prove to be magnanimous and benevolent, forgiving his brothers who had betrayed him.

Exhibit+Museum: 12,00; reduced ticket 10 euros; State railway system with “Cartafreccia” and “Freccia” ticket with destination Florence up to 5 days before: 2 tickets at the cost of 1. 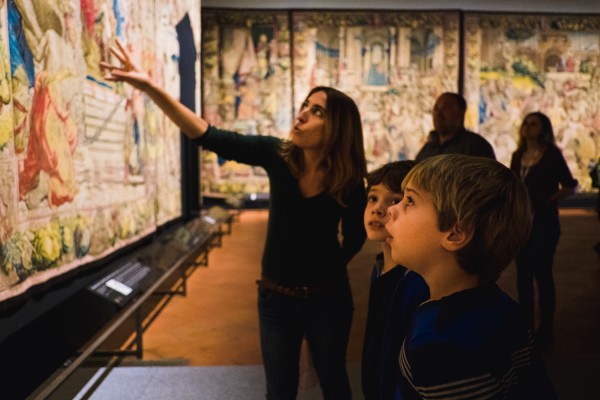 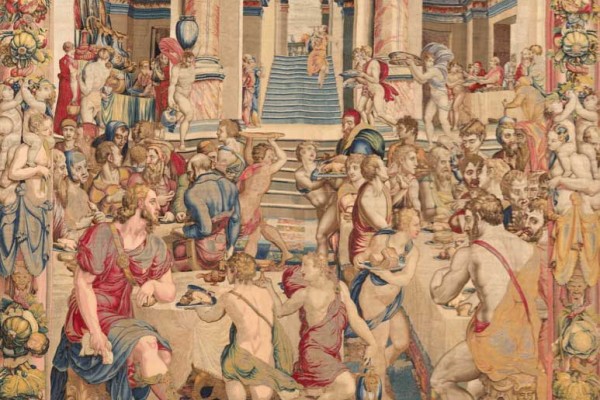 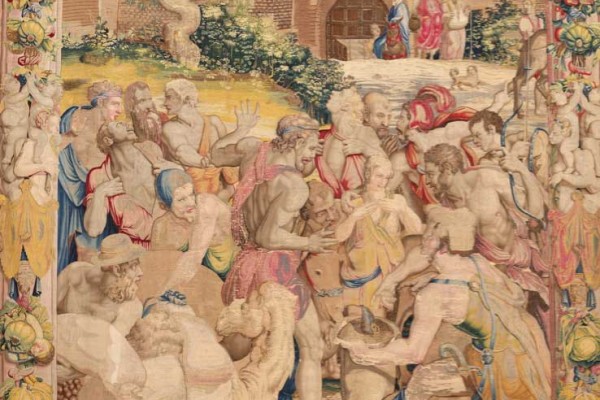 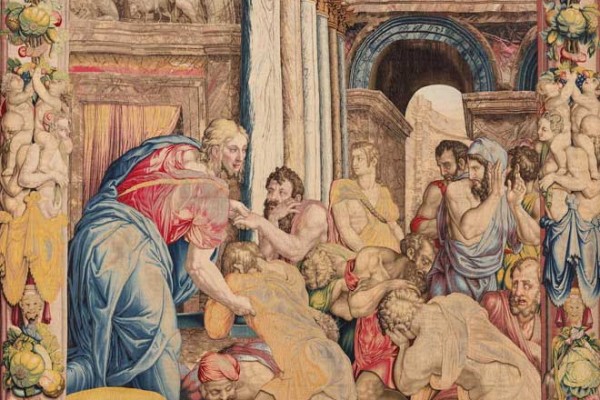