Water as a metaphor for movement and flow, but also an opportunity for action and reaction.

This is the idea developed by Adrian Paci for his Di queste luci si servirà la notte, the solo exhibition by the Albanian artist on from 11 November 2017 until 11 February 2018 at the Museo Novecento and the Le Murate. Progetti Arte Contemporanea venues in Florence and sites in the municipalities of Pelago and Montelupo Fiorentino, co-producers of the project as a whole. The exhibition, curated by Valentina Gensini, is promoted and organised by Mus.e as part of the Progetto Riva directed by Valentina Gensini and produced in partnership with and thanks to contribution of the Sensi Contemporanei project under the framework programme agreement between the Region of Tuscany, MiBACT Directorate-General for Cinema and the Agenzia per la Coesione Territoriale.

The exhibition was made possible in part by the contributions of Herno and Publiacqua.

The exhibition tour winds from the Museo Novecento, with production and presentation of a new video installation, to the Le Murate. Progetti Arte Contemporanea venue and to industrial archaeology sites linked to the communities of Pelago and Montelupo Fiorentino.

A many-faceted corpus of works offering intense, poetic interrogations centring on the themes of migration, identity and movement as flow. Tracking individual stories and calling to mind facts and transformations which have made recent history, Paci transcends his personal experience and addresses migration and mobility as ontological conditions, a highly-topical enquiry at a moment in history in which the very concepts of ‘home’ and ‘identity’ (cultural, political and social) are continually brought to the fore and questioned. Existence is interpreted as a continual search, as unceasing movement, and water is the taken as metaphor for human drifts and flows.

‘Di queste luci si servirà la notte,’ Adrian Paci explains, ‘began as a work centring on the Arno river, a performance action; but the focus soon shifted toward a reflection on the dialogue and the tensions that exist between light and dark, between surface and depth, between the visible and the invisible. Man’s presence seems to be the spark that ignites this dialogue without ever pretending to bring it to a conclusion.’

‘Adrian Paci’s project started far off in time,’ explains exhibition curator Valentina Gensini. ‘We have been working together for two years, establishing a privileged relationship with the Florence metropolitan area and with the river. This year, Paci is returning to produce a new performance and a new video: in a poetic night-time passage on the Arno, a boat as sinuous as a jellyfish with its ten luminescent tentacles (special optic fibres) investigated the archaeology of the river; its flow that both conceals and reveals, betrays and resignifies. And this was the starting point for the installation, the centrepiece of the exhibition, produced by Le Murate. Progetti Arte Contemporanea and the Museo Novecento for this project.’

At the Museo Novecento, Paci is showing a video installation produced expressly for the museum in the wake of the novel action on the river in September: the huge skeleton of a boat dominates the main hall, together with a video presentation of the action from which the exhibition takes its name, a performance in which the protagonist was a small boat trailing luminous tentacles in the water, which as it rode the Arno revealed the river’s deepest, darkest dimension.

Alongside these works are a selection of video productions centring on the cathartic, symbolic meaning/power of water, such as The Guardians and The Column. On the second floor of the museum, within the spaces of the Alberto Della Ragione collection, the artist presents pictorial works, videos and photographs (among which paintings and the photographic works Turn On and Back Home) which, as they make a home in the museum rooms, establish a point-by-point repartee and a dialogue rich in suggestions with the works in the permanent collection.

At Le Murate. Progetti Arte Contemporanea, the exhibition inhabits the first and third floors and offers an extensive documentation room on the ground floor. The sculpture entitled Home to Go occupies and lends a new significance to the Sala Colonne, while the cells of the former prison are given a new voice thanks with the video entitled Rasha, a delicate, ‘absolute’ work that speaks strongly and symbolically in and with this space of past pain and hopelessness. The cells on the first floor are the exhibition spaces for pictorial works and installations by Davide d’Amelio, Gianni Barelli and Lori Lako. three young artists residing in Tuscany and personally selected by Adrian Paci following the workshop held at Le Murate last year under the auspices of the Progetto Riva.

Aligned with the ‘diffuse’ exhibition plan approach shared with the Sensi Contemporanei project, Di queste luci si servirà la notte extends its metropolitan dimension to outlying areas, to the exhibition’s partner municipalities; in each case, to industrial archaeology sites symbolic for the communities and strictly related to the collective rites celebrated in the videos: in Montelupo Fiorentino, the Cioni Alderighi brickworks hosts the video installation entitled The Encounter (2011); the former carpet factory in the San Francesco locality of Pelago is the venue for the video installation entitled One and Twenty-Four Chairs (2013).

Adrian Paci (Shkodër, Albania, 1969) is one of the best-known artists on today’s international art panorama. His works (paintings, installations, videos, photographs) investigate the human condition, man as a being in continual transit, and the complexity of the social, political and cultural dynamics that define our present. After studying painting at the Academy of Fine Arts of Tirana, Paci left his native Albania in 1997 for Milan, where he still lives and works. His art has been shown at solo exhibitions at numerous international venues including Rome’s Museo MAXXI (2015); MAC, Musée d’Art Contemporain of Montréal (2014); Padiglione d’Arte Contemporanea – PAC in Milan (2014); Jeu de Paume in Paris (2013); MAMCO, Musée d’art moderne et contemporain of Geneva (2013); the National Gallery of Kosovo in Pristina (2012); the Kunsthaus Zurich (2010); the Bloomberg Space in London (2010); the Center for Contemporary Art – CCA of Tel Aviv (2009); New York’s MoMA PS1 (2006); the Moderna Museet of Stockholm (2005); the Contemporary Arts Museum of Houston (2005). Among the many collective showings at which he has exhibited: 7th Bi-City Biennale of Urbanism\Architecture (UABB), Nantou Old Town, Shenzhen; 14th Venice Biennale of Architecture (2014); 48th and 51st Venice Art Biennale (1999 and 2005); 15th Biennale of Sydney (2006); and the Biennale de Lyon (2009). 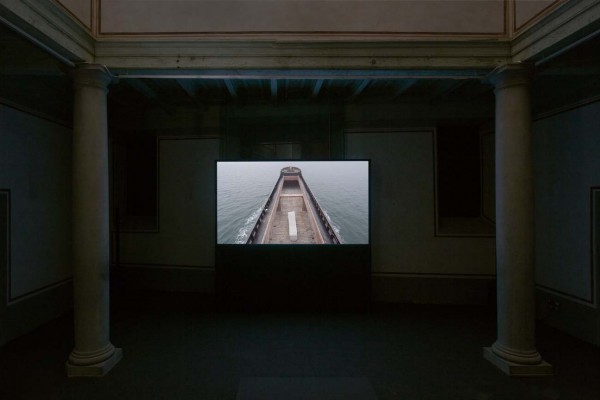 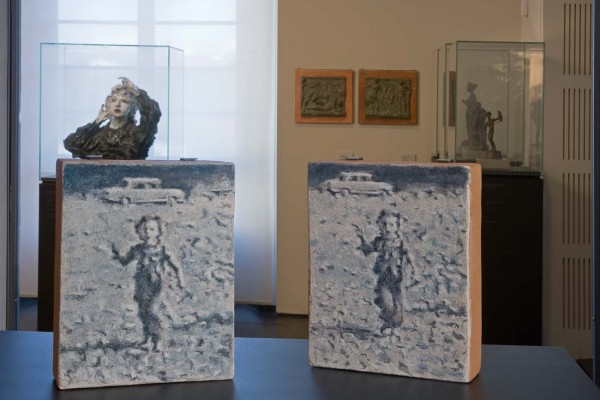 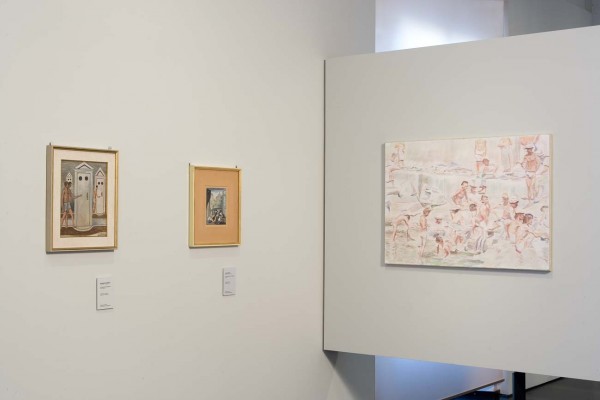 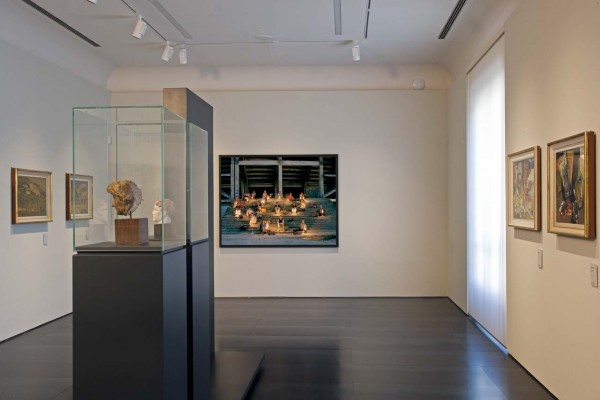 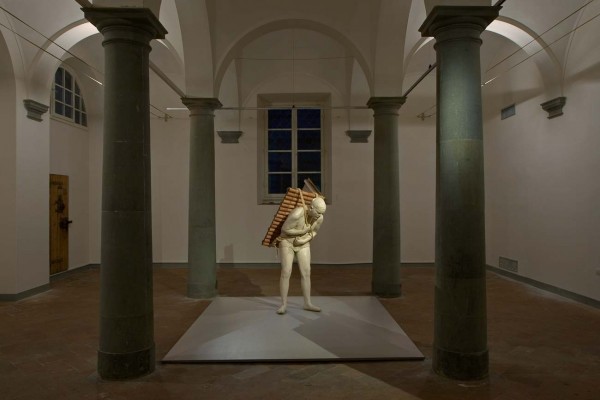 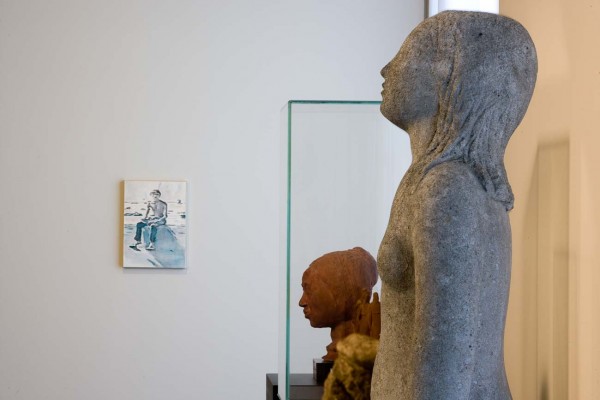 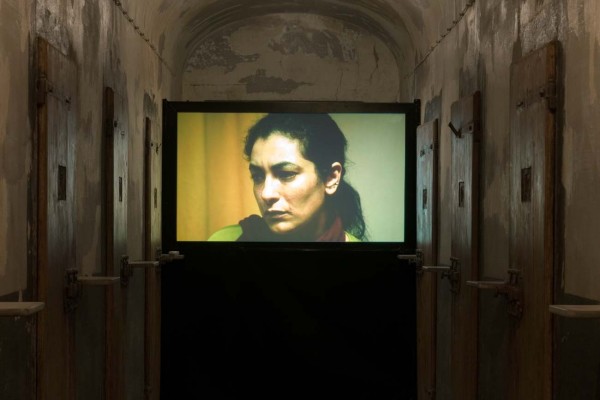