Two years on, Piazza Signoria is once again hosting In Florence, a great contemporary art event devised by Fabrizio Moretti and Sergio Risaliti, promoted by the Comune di Firenze and organised to tie in with the 29th edition of the Biennale Internazionale d’Antiquariato di Firenze. Following in the footsteps of celebrated artist Jeff Koons, Florence’s guest in 2015, the absolute star of this second edition of In Florence  will be Swiss artist Urs Fischer, one of the leading artists on the world scene today. The project – curated by Francesco Bonami – consists, in what has become something of a tradition, in the presentation of a monumental work of art in that dazzling open-air sculpture museum that is Piazza Signoria, staging what is at the very least a thought-provoking contrast between the classic and the contemporary. The event is organized by the Associazione Mus.e.

Urs Fischer rose to fame in 2011 at the 50th edition of the Venice Biennale when he melted a full-size wax copy of Giambologna’s Rape of the Sabine Woman, one of the great masterpieces of Renaissance sculpture that has been on display in the Loggia dei Lanzi since 1583. Fischer is now returning to the “scene of the crime” with a new and astonishing artistic project that is bound to trigger strong reactions and a heated debate on the language of contemporary art, on the redefinition of taste, on the development of techniques and on the concept of beauty, in a thematic and formal “clash of the Titans” between neoclassicism and the shapeless, between ancient and modern, between the “timeless” images of Bandinelli, Cellini and Giambologna and the “shapeless” images (thus by definition “having more than one image”) of Urs Fischer, who for years now has been exploring such issues as imperfection and entropy or the relationship between an artwork and space, between art and the world of the cinema, between daily life and the artistic imagination with an experimental drive and expressive force as uncustomary as they are astonishing, even as he renews or dares to experiment with techniques and themes without limitations imposed by time, gender or style.

For the occasion, the Swiss artist (and long-time New York resident) has devised an innovative dual project focusing on sculpture, in view of the historical and artistic urban context that is Piazza Signoria, so overburdened with the marks of history, a fully-fledged Renaissance agora, the nerve centre of republican power which Cosimo I, duke and grand duke of Florence and Tuscany, transformed into a gallery of ancient and modern masterpieces in marble and bronze alike.

Piazza della Signoria will provide the setting for Big Clay #4, a large metal sculpture (about 12 metres tall) whose shape has something about it that is at once primordial and childlike, totemic and architectural: “The large sculpture entitled  Big Clay #4 which is hosted in the focal point of Piazza Signoria  to interact with the Tower of Arnolfo on Palazzo Vecchio” – explains  Bonami –
“is only seemingly monumental. In actual fact it is a monument to the simplicity and the primordial nature of the human gesture as its moulds a shape. Closer inspection of the work’s alluminium surface reveals the artist’s fingerprints. The sculpture is an enlargement of small pieces of clay modelled by the artist in his workshop. It is a monument to manuality and to the simplest, most humdrum creative action”.

To complete the project, Fischer places two artworks on the Arengario of Palazzo Vecchio, between the reproductions of Michelangelo’s David and Donatello’s Judith and Holofernes, in the furrow of the exhibitions staged by Jeff Koons (2015) and Jan Fabre (2016). The Swiss artist places two human figures on the Arengario “Fabrizio” and “Francesco” transforming them into candles that will slowly be consumed throughout the duration of the exhibition, symbolising human transience and the lasting quality of art.

The two figures are those of Francesco Bonami and Fabrizio Moretti, seen by the artist as two citizens of the world whose roots lie in the local territory and its culture, two portraits that become abstract bodies as the wax is consumed. Fischer’s choice of the two figures was based on a study of their features that he conducted in the course of the various meetings that he held with them to prepare this project, because his work invariably contains a biographical element filtered through formal and aesthetic meditation. The two figures will be on display for about a month, until they have melted completely.

The three artworks establish a kind of creative dialogue resulting in a tight debate between the simple gesture of the artisan who, in modelling matter, transforms it into a metal monument – Big Clay #4 – and that monument into wax – “Fabrizio” and “Francesco” – which slowly changes shape and returns to being simple, shapeless matter in a kind of dual process of figurative consumption and retrogression.

Learn more about the artworks:

Our special thanks to V.A.C. Foundation Collection for the loan of the exhibit entitled Big Clay #4. 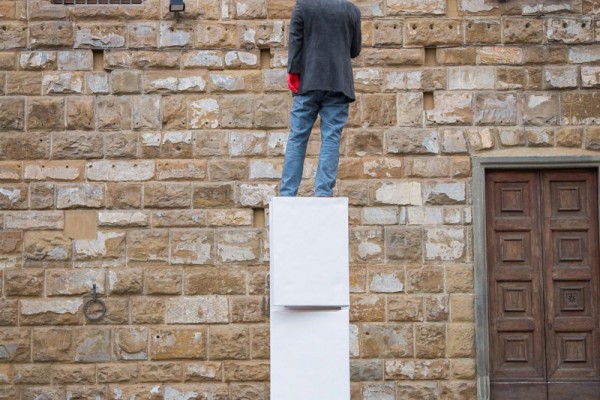 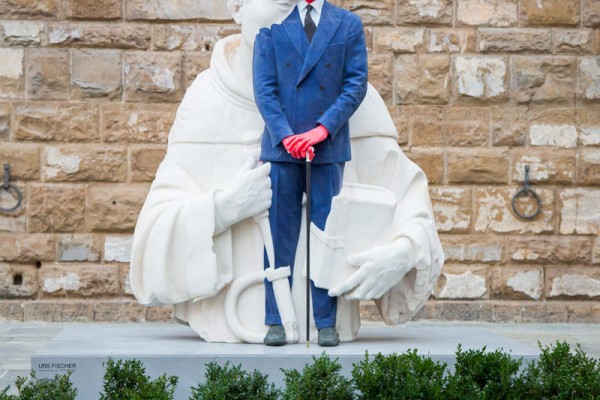 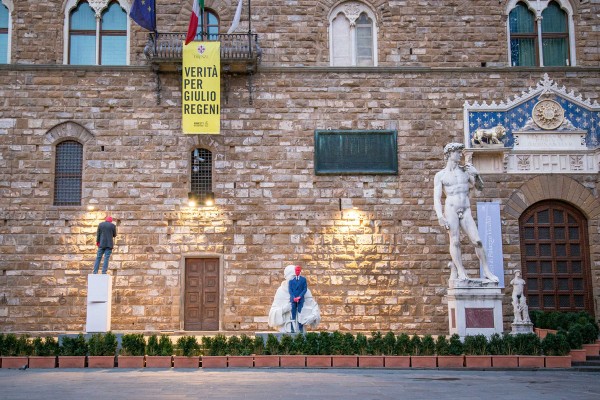 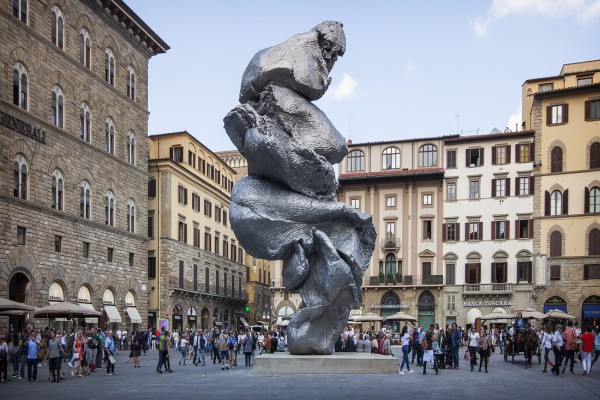 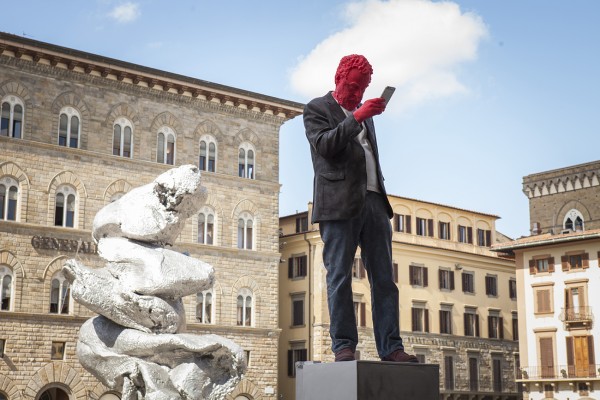 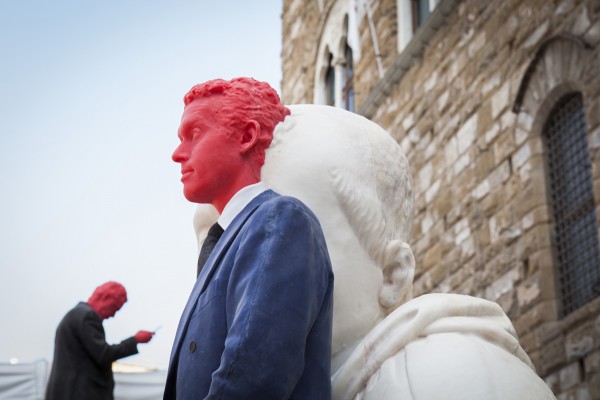 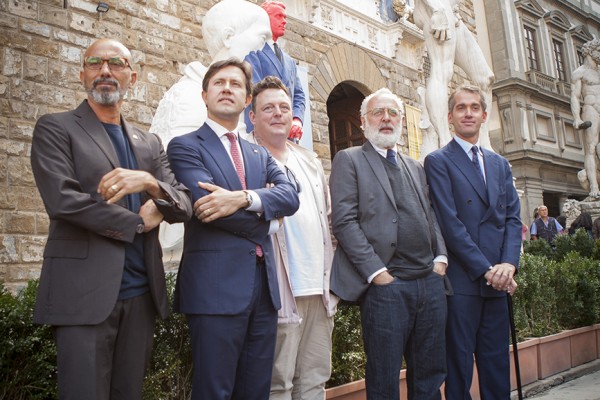