From 16 December, 2021, to 10 March, 2022, Palazzo Medici Riccardi is hosting the exhibition “Benozzo Gozzoli e la Cappella dei Magi [Benozzo Gozzoli and the Chapel of the Magi]”, dedicated to the Renaissance master and his relationship with Florence. The exhibition, sponsored by the Metropolitan City of Florence, organised by MUS.E and curated by Serena Nocentini and Valentina Zucchi, is intimately connected to the history of the Palazzo Medici Riccardi. Preserved within the Palazzo is the wonderful chapel, the Cappella dei Magi, one of the greatest masterpieces by Benozzo di Lese, better known as Benozzo Gozzoli, who painted its frescoes in the late 1450s on commission by the Medici family.

The exhibition places a special emphasis on the execution of the works in the chapel, shedding a light on the artist and his ties to the Medici family in Florence, the city where the painter took his first creative steps, and the city with which he would always have a special relationship. The interplay between original works and multimedia creations will take the public on a journey of discovery into the life of a great Italian Renaissance master, and then invite them to further explore this artist’s paintings in the city and throughout all of Tuscany.

From a series of statements made at the Florentine Land Registry, where there is mention of a young man and his age, we can place Benozzo Gozzoli’s birth to between 1420 and 1421, to a family originally from the parish of Settimo, therefore from the Florentine countryside but settled in Florence: Benozzo’s grandfather appears to have lived in the Oltrarno district, near Santa Maria del Carmine. And while the young man initially followed in the footsteps of his father, a professional “doublet maker” – thanks to whom he developed a special visual and tactile sensitivity towards decorated materials and fabrics – we know that he soon took up painting. The first document in which he signs himself as “pictor”, or painter, is the contract of 1444 engaging him for three years to assist Ghiberti in making the eastern door of the Florentine baptistery. But he had already worked successfully with Beato Angelico: there is a well-founded assumption that he was the assistant during the works (1438-1443) in the convent of San Marco in Florence.

This was the beginning of the artist’s “long industrious life”. Throughout his intense and prolific career, most of which took place in central Italy, he always called himself a “Florentine painter”. A few years later, he already appeared to be working in Rome and the Vatican, and in Orvieto, once again with Beato Angelico. He then settled in Umbria, where he completed numerous works and commissions (just think of the group of frescoes for the church of San Francesco a Montefalco), in Viterbo, and again in Rome for the celebrations of the appointment of Pope Pius II in October of 1458. It is certain that he returned to Florence in 1459, when he began the prestigious work in the Cappella dei Magi in Palazzo Medici, and other major commissions. During this period, he lived with his family on Via del Cocomero (today Via Ricasoli) and his workshop was probably there. Recognised and appreciated, in 1464, after five years in Florence, he moved to San Gimignano to work on the cycle for the church of Sant’Agostino and other public and private works in the area. In 1468, he received the very important assignment of creating the frescoes for the Stories of the Old Testament on the northern wall of the Campo Santo in Pisa. There he remained for many years, having garnered considerable fame, working on numerous commissions in the territory. He returned to Florence in 1495, at the height of Savonarola’s popularity, and finally died in Pistoia on 4 October, 1497.

The exhibition will make it possible, first of all, to gain insights into the artist’s relationship with Florence, an extremely close relationship that lasted over time and that Gozzoli wished to make patently clear even down to his signature, which was sometimes “Magister Benotius florentinus”, and at other times “benozius florentinus” or simply “pictor de Florentia”.

The exhibition will then examine his tie to the Medici: he had probably become acquainted with the family as a young man, when working as Beato Angelico’s assistant in the convent of San Marco in Florence, and later experienced a more complete manifestation of that tie in the Cappella dei Magi. It was a solid relationship that endured throughout the artist’s long career, to the extent that Benozzo did not hesitate, in a letter to Lorenzo Medici in 1467, to call himself “yours and of your house”.

A special focus will be placed on the Cappella dei Magi, the wonderful and precious sacellum so skilfully frescoed by Benozzo in 1459 with the Journey of the Magi and the Garden of Paradise, converging with the Adoration of the Christ Child  by Filippo Lippi on the altar. Here, his mastery of the fresco technique and his subtlety in rendering landscapes, characters, and details are all equally striking, interweaving sacred history, a fabled atmosphere, and contemporary relevance.

The exhibition fosters connections between the Florentine and Tuscan territories, highlighting the places in the city and territory in which Gozzoli worked and where his works of art can still be seen, reaching as far as San Gimignano, Castelfiorentino and Pisa and encouraging the public to visit “Gozzoli’s places” in Florence and Tuscany. The project also involves valuable collaborations with the San Marco Museum in Florence, the Benozzo Gozzoli Museum in Castelfiorentino, the Civic Museums of San Gimignano and the Archdiocese of Siena-Colle Val d’Elsa-Montalcino.

Each exhibition room will focus on one of these aspects, and in each room, around the chosen work, there will be elaborate visual and multimedia equipment, expressly narrative in order to best enhance the original exhibited work, and at the same time, provide an innovative and dramatic illustration of the exhibition’s guiding themes. The works of art will be focal points around which the narration revolves, rounded out with tangible and intangible elements, with an appropriate combination of ancient text and contemporary language.

The layout was designed by Luigi Cupellini, and the paintings and drawings, on loan from prestigious national and international museums, are shown to their best advantage, interwoven with additional elements that integrate the narration and expand the story. Worth noting among the paintings on exhibit are the early Madonna del Baldacchino with Angels (National Gallery, London), the Mystical Marriage of Saint Catherine, Pietà with Saint John the Evangelist and Mary Magdalene, Saint Anthony the Abbot and Saint Egidio (San Marco Museum, Florence), the Pilastrino [Column] with Saint Bartholomew , Saint John the Baptist, Saint James the Great, whose counterpoint is the mirror-image Pilastrino [Column] attributed to Domenico di Michelino (Accademia Gallery, Florence) the Sapienza Nuova Altarpiece (National Gallery of Umbria, Perugia) and the Madonna of Humility between Saint Andrew and Saint Prosper and Two Angels (Archdiocese of Siena, Colle Val d’Elsa and Montalcino, exhibited in the Civic Museum of San Gimignano).

In addition to this is a selection of drawings by the artist and his workshop traceable to his Florentine years or related to the chapel’s iconography. These works, on loan from the Uffizi Gallery of Florence, the Accademia Gallery of Venice, and the Louvre Museum in Paris, shed an ulterior light on the artist’s graphic work and his great skill in rendering the human figure and naturalistic elements, all executed to perfection in the Cappella dei Magi. Of these, we must mention the wonderful Etude d’un cerf, la tête baissée et tournée vers la gauche on loan from the Louvre along with the Portrait d’homme avec béret.

Again, there will be a specific emphasis on the documentary evidence that shows the close relationship between the artist and the Medici family, confirmed by the letters preserved in the State Archives of Florence: there are the famous letters exchanged between our painter, Piero de’ Medici and Roberto Martelli in the sweltering July of 1459, regarding the seraphs and cherubs just painted in the chapel, which did not initially seem “appropriate” to the client.

Finally, thanks to the collaboration with the library, Biblioteca Medicea Laurenziana, the codex that mentions the presence of the ancient inscription that was once in the chapel, a veritable “access key” for understanding the chapel’s entire iconography, will be exhibited, preceded by an explanatory comment: “The gifts of the Kings, the prayers of the supernal spirits, the mind of the Virgin are the sacred things of the altar. Stay back with your feet, o profane crowd”.

To complement the original works and documents, the itinerary will include a series of original films, curated by Art Media Studio. These dramatic and engaging pieces will provide the general public with further insights into the painter’s life and career, and an appreciation of his stylistic quality. In the marvellous corner room, initially a loggia and closed in as an interior room already in the sixteenth century, there will be one of these truly immersive multimedia installations, entirely dedicated to the Chapel of the Magi. Visitors will be guided through an exploration of the various themes and extraordinary details, thanks to a strong narrative with great impact, a successful combination of scientific rigor and contemporary language and the perfect complement to the actual visit to the chapel.

For the entire duration of the exhibition there is also a full schedule of visits, themed discussions, conferences, activities and workshops aimed at different types of audiences. These will be held during Epiphany, closely related to the chapel’s iconography, and will provide a very special moment. To date, this will include the gilding workshop for schools and families, which will give participants a first-hand experience of the processes and potential of the technique, inspired by the wonderful angels of the Cappella dei Magi. Exclusive guided tours will be available for Unicoop Firenze members – every Sunday at 10 am – and the 2 for 1 discount entry fee will also be valid. 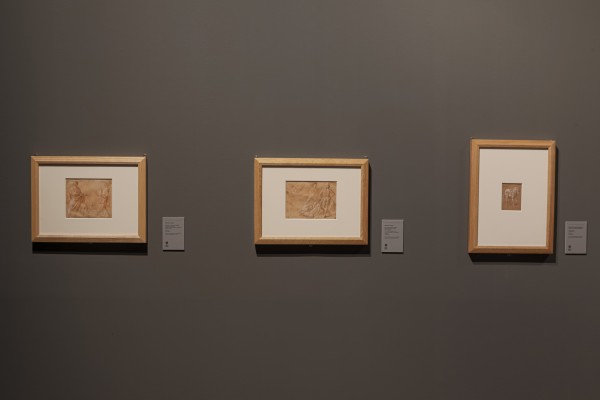 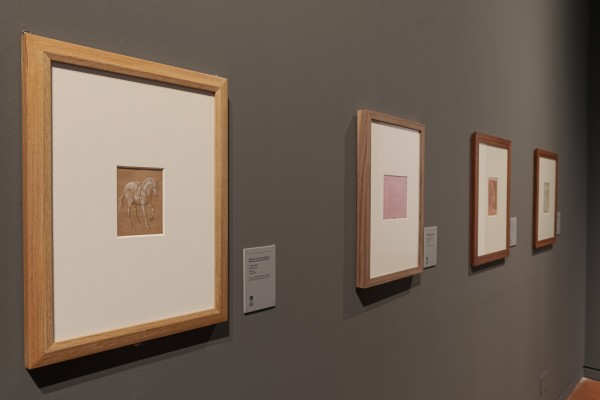 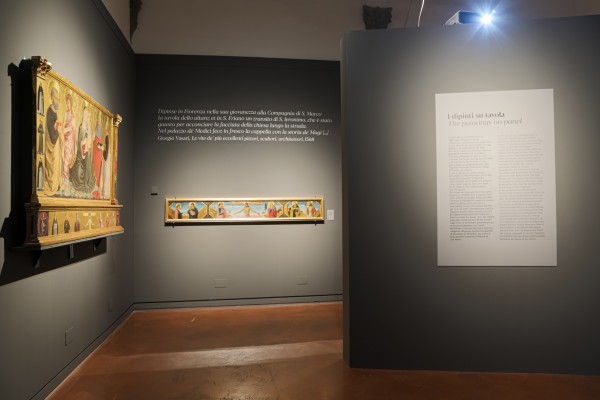 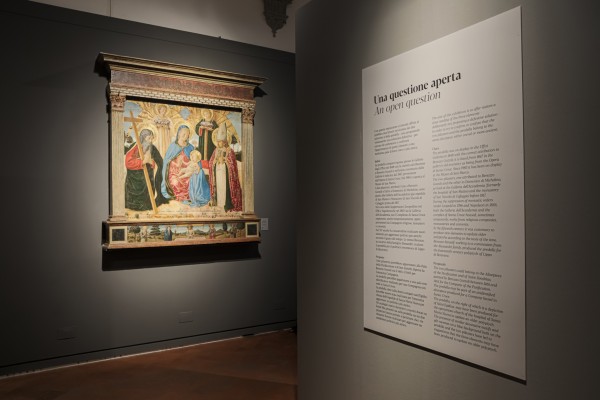 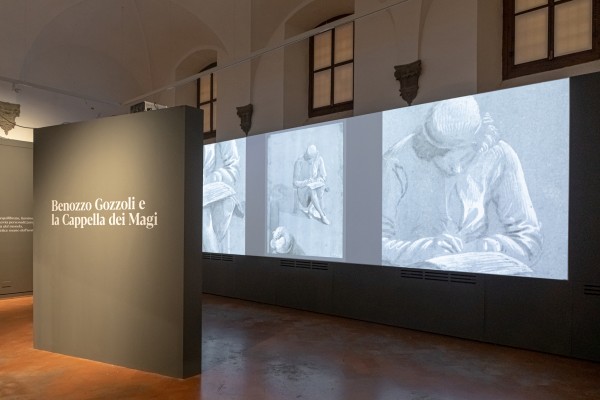 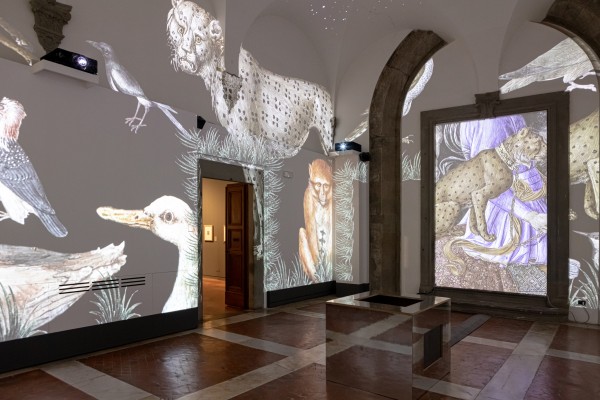 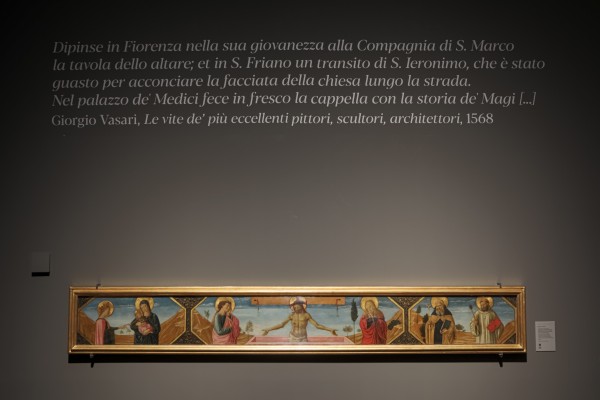 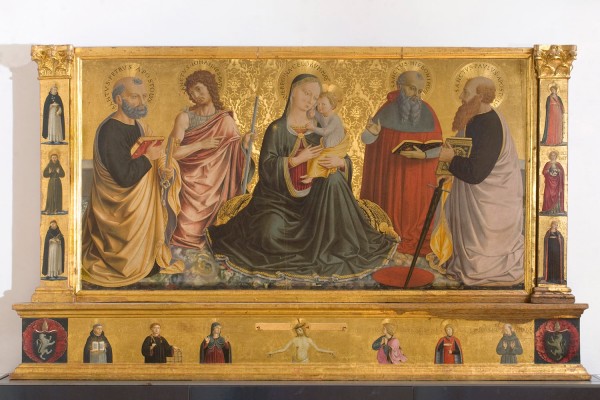 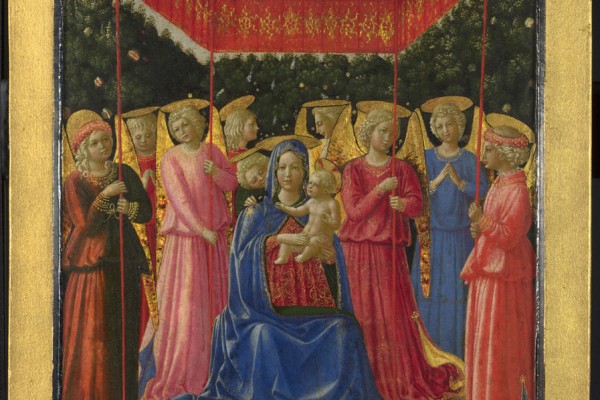 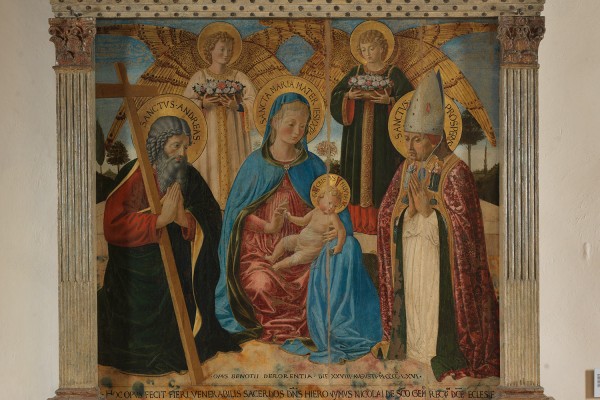 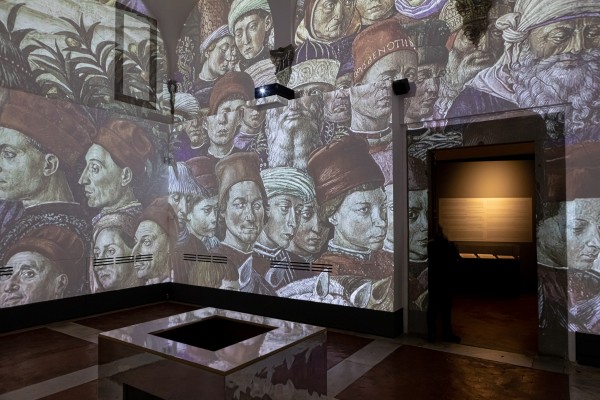