The Forte Belvedere in Florence is getting set to host this year’s edition of its annual fixture with great art.  Following the two international exhibitions showcasing the art of Giuseppe Penone and Antony Gormley, the former Medici fortress’ bastions this year will be hosting the works of Jan Fabre, one of the most innovative and important figures on the contemporary art scene.  A “total” artist, Fabre, who born in Antwerp in 1958, lets his imagination run riot in the very different spheres of sculpture, drawing and installation, performance art, film and the theatre

The exhibition, entitled Jan Fabre. Spiritual Guards, promoted by the Comune di Firenze, will pan out between the Forte Belvedere, Palazzo Vecchio and Piazza della Signoria.  In fact, it will be one of the most complex and multifaceted exhibitions that this Flemish artist and author has ever produced in any public space in Italy.  For the very first time, a living artist will be expounding his art in three venues of outstanding historical and artistic importance at once.  Roughly one hundred of Fabre’s works dating from 1978 to 2016 will be on display, including bronze and wax sculptures, performance films and works made of wing cases of the jewel scarab.  Fabre will also be presenting two new works specifically devised and produced for this occasion.  The premiere is going to be an event of outstanding visual impact with strong symbolic connotations:  on the morning of 15 April, two of Fabre’s bronze sculptures will be – temporarily – joining the open-air museum that is Piazza Signoria.  One of them, an exceptionally large work entitled Searching for Utopia, will interact with the equestrian monument to Grand Duke Cosimo I, a Renaissance masterpiece by Giambologna, while the second, called The man who measures the clouds (American version, 18 years older), will stand proudly on the Arengario outside Palazzo Vecchio between the copies of Michelangelo’s David and Donatello’s Judith.  In both works observers will be able to identify the artist’s own features in his dual capacity as knight and guardian, as a mediator between heaven and earth, between natural and spiritual forces. Against art that placed itself in the service of political and financial power – the art of Piazza della Signoria with its marble giants (the David, Hercules and Neptune) and its biblical, mythological and local figures (Judith, Perseus and the Marzocco Lion of Florence) – Jan Fabre pits an art seeking to depict and to embody the power of the imagination, the mission of the artist as “spiritual guard”.  And he does this in a square designed and used since the Renaissance as a figurative agora` and stage setting, a square which has become an iconic paradigm of the relationship between art and the public space, and in which the symbolic and spectacular function of the modern monument has been configured in exemplary language. Also starting 15 April, Palazzo Vecchio will be hosting a series of sculptures interacting with the frescoes and artefacts housed in some of the rooms open to the public, particularly the Quartiere di Eleonora, the Sala dell’Udienza and the Sala dei Gigli.  The works on display will include a huge globe 2.5 metres in diameter and totally clad in iridescent beetle wing cases, its shape and size interacting to perfection with the celebrated globe in the Sala delle Mappe geografiche, made by Ignazio Danti in the 16th century.

The following month will see the inauguration of the exhibition at the Forte Belvedere, on 14 May, where the bastions and the villa will be showcasing about sixty works of art in bronze and in wax, along with a series of films focusing on some of the artist’s historic performances.  Curators Melania Rossi and Joanna De Vos, together with the project’s art director Sergio Risaliti, have chosen the Forte Belvedere as the thematic heart of the Jan Fabre. Spiritual Guards exhibition both for its spatial characteristic and for its historical connotations. The fortress once served not only to defend Florence from outside attack but also to protect the Medici family in troubled times, thus it was a stronghold for both external and internal defence suggesting a journey through the life, the ambitions and the woes of the powerful Medici lords and alluding to opposing human perceptions and sensations such as control and abandonment, but also to opposing needs and desires such as armed protection and spiritual elan so deep and so deep-rooted as to influence the form of architecture and the configuration of natural space, especially here at the Forte Belvedere where the need for protection in the awareness that one is still defenceless is particularly easy to grasp.

These ambiguities which form not just history but the entire experience and vitality of mankind, will be represented by two sculptural alignments consisting in seven bronze scarabs placed on the fort’s lookout posts and a series of full-figure self-portraits of the artist – all of them maintain the original silicone bronze colour for that reason they have glow reflecting surrounding countryside like a spiritual halo – which will be populating the corners of the bastions outside the villa, surrounding it.

The scarabs are angels of metamorphosis, guardians who symbolise in ancient religions and in Flemish and Italian vanitas paintings the transition between the earthly dimension and the afterlife with their ceaseless movement.  At the same time, they have a splendid carapace which dramatically highlights the vulnerability of that “regal” body. Thus also Jan Fabre, who defines himself, lives and expresses himself as a knight of despair and a warrior of beauty, who sheds and dons his weapons by deploying his army in its shining, iridescent armour in Florence’s highest point.

This legion is called on here to tell of devotion to life, to defend the fragile and pure beauty that art is capable of generating, against an invisible foe who comes from inside and outside at once, always ready to strike and to wound.

The exhibition will continue on the first floor of the villa, which will be open to the public again for the first time in many years, with wax sculptures and with films of the artist’s performances in a setting of contiguity and continuity both with the works on display outside and with the magnificent Florentine cityscape.

The spectacular bronze integration in Piazza della Signoria and the work produced with jewel scarab wing cases on display in Palazzo Vecchio will be interacting with the urban fabric and with one of the most visited historical palazzi in the city, forming a perfect visual and conceptual complement to the exhibition. The exhibition’s motto and device, Spiritual Guards, should be interpreted as an encouragement to live a heroic life, be it in war or unarmed in defence of the imagination and of beauty.

It is worth recalling here that Jan Fabre, in the course of his long career which began in the 1970s, has a long history of interaction with Florence, where his work has been shown in many collective exhibitions and where he has also brought several of his productions for the theatre.  Two of his bronze busts from the Chapters series, in which he portrays himself with astonishing horns and donkey’s ears, joined the Uffizi collections in 2012, while he received the Michelangelo Award for sculpture in the second edition of the Settimana Michelangiolesca in 2015.

For more than thirty-five years Jan Fabre (1958, Antwerp) has been one of the most innovative and important figures on the international contemporary art scene. As a visual artist, theatre maker and author he has created a highly personal world with its own rules and laws, as well as its own characters, symbols, and recurring motifs.

Influenced by research carried out by the entomologist Jean-Henri Fabre (1823-1915), he became fascinated by the world of insects and other creatures at a very young age. In the late seventies, while studying at the Royal Academy of Fine Arts and the Municipal Institute of Decorative Arts and Crafts, he explored ways of extending his research to the domain of the human body, its fragility and its defence. His own performances and actions, from 1976 to the present, have been essential to his artistic journey. Jan Fabre’s language involves a variety of materials and is situated in a world of his own, populated by physical, erotic and spiritual bodies in a balance between the opposites that define natural existence. Metamorphosis is a key concept in any approach to Jan Fabre’s body of thought, in which human and animal life are in constant interaction.

He unfolds his universe through his author’s texts and nocturnal notes, published in the volumes of his Night Diary. As a consilience artist, he has merged performance art and theatre. Jan Fabre has changed the idiom of the theatre by bringing real time and real action to the stage. After his historic eight-hour production This is theatre as to be expected and foreseen (1982) and four-hour production The power of theatrical madness (1984), he raised his work to a new level in the exceptional and monumental Mount Olympus: To glorify the cult of tragedy, a 24-hour performance (2015).

Jan Fabre earned the recognition of a worldwide audience with Tivoli castle (1990) and with public works in sites of historical importance, such as Heaven of Delight (2002) at the Royal Palace in Brussels, The Gaze Within (The Hour Blue) (2011 – 2013) in the Royal Staircase of the Museum of Fine Arts in Brussels and his latest permanent installation in Antwerp Cathedral of The man who bears the cross (2015). He is known for solo exhibitions such as Homo Faber (KMSKA, Antwerp, 2006), Hortus / Corpus (Kröller-Müller Museum, Otterlo, 2011) and Stigmata: Actions and Performances, 1976–2013 (MAXXI, Rome, 2013, M HKA, Antwerp, 2015, MAC, Lyon, 2016). He was the first living artist to present a large-scale exhibition at the Louvre, Paris (L’ange de la metamorphose, 2008). The well-known series The Hour Blue (1977 – 1992) was displayed in the Kunsthistorisches Museum in Vienna (2011), in the Musée d’Art Moderne of Saint-Etienne (2012) and in the Busan Museum of Art (2013). His research on “the sexiest part of the body”, namely the brain, was presented in the solo shows Anthropology of a planet (Palazzo Benzon, Venice, 2007), From the Cellar to the Attic, From the Feet to the Brain (Kunsthaus Bregenz, 2008; Arsenale Novissimo, Venice, 2009), and PIETAS (Nuova Scuola Grande di Santa Maria della Misericordia, Venice, 2011; Parkloods Park Spoor Noord, Antwerp, 2012). The two series of mosaics made with the wing cases of the jewel scarab Tribute to Hieronymus Bosch in Congo (2011 – 2013) and Tribute to Belgian Congo (2010 – 2013) were shown at the PinchukArtCentre in Kiev (2013) and the Palais des Beaux-Arts in Lille (2013) and will travel to ‘s-Hertogenbosch in 2016 for the 500th anniversary celebration of Hieronymus Bosch. Fabre has also been invited to create a major exhibition at The State Hermitage Museum in St. Petersburg (2016). 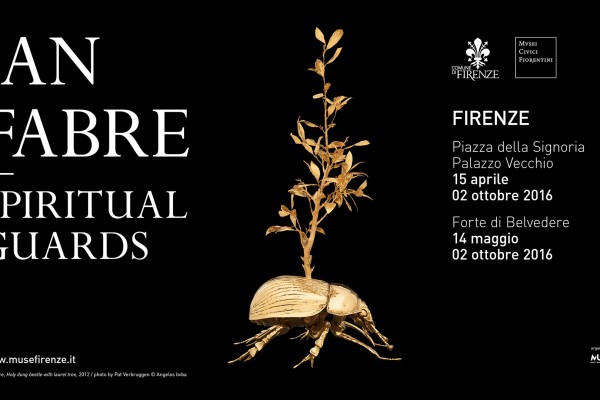 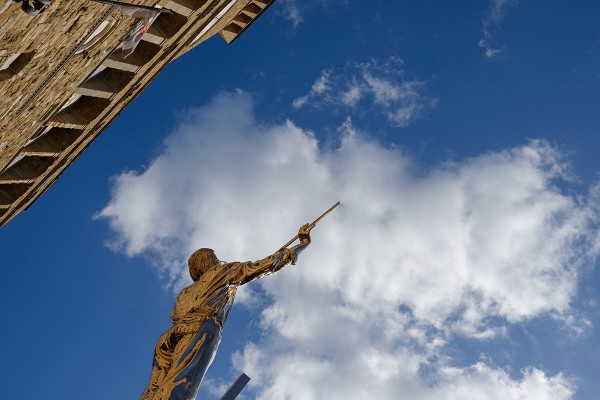 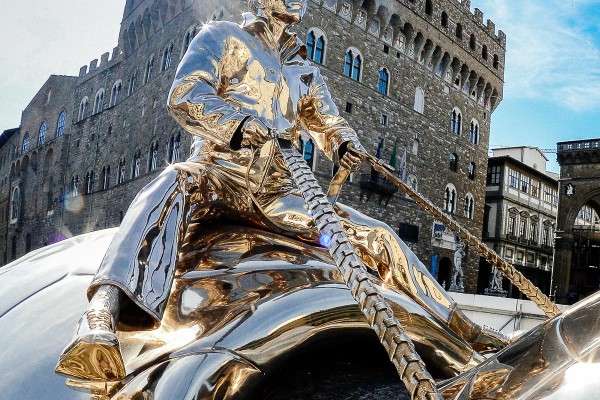 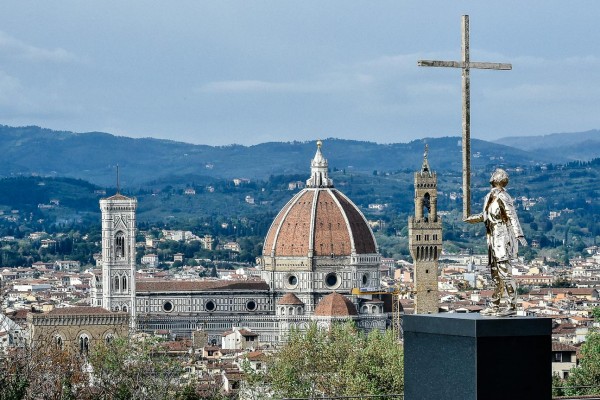 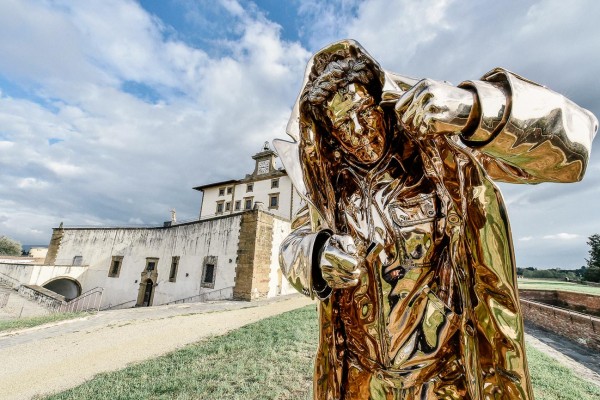 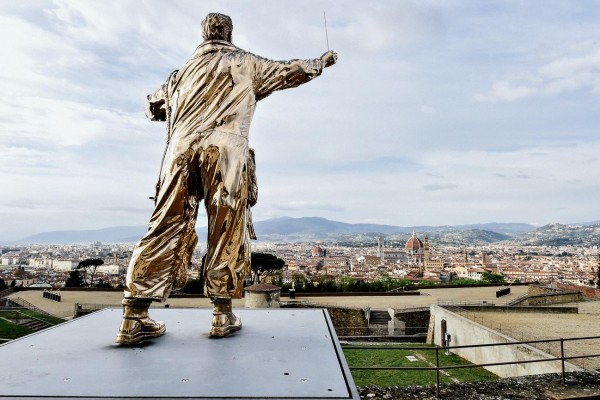 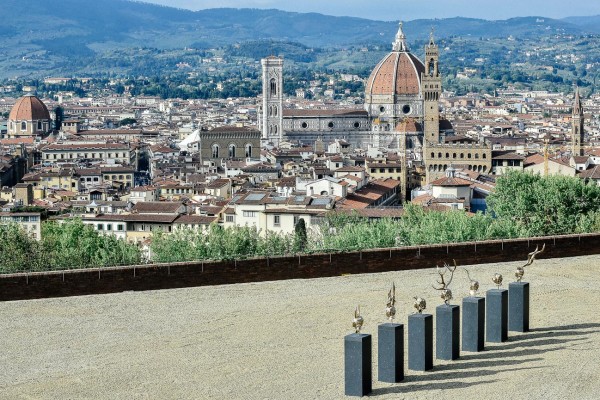 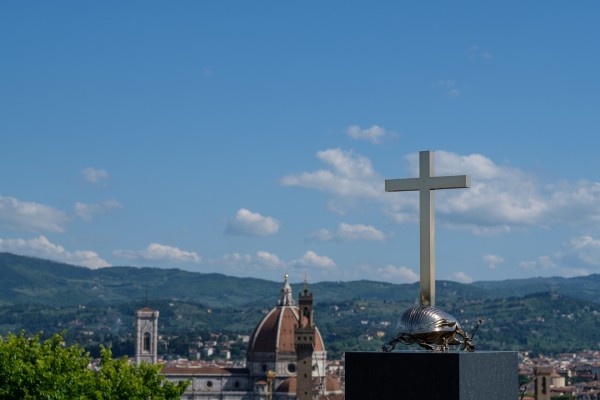 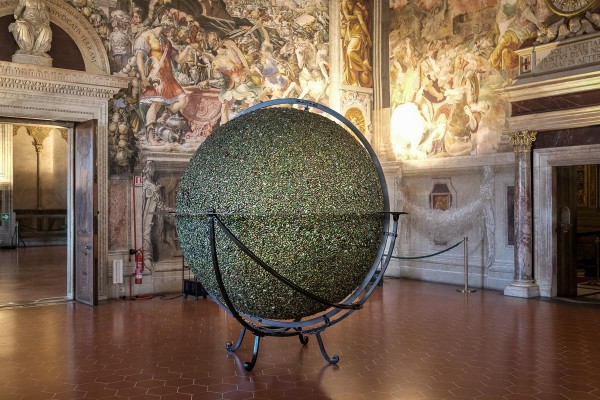 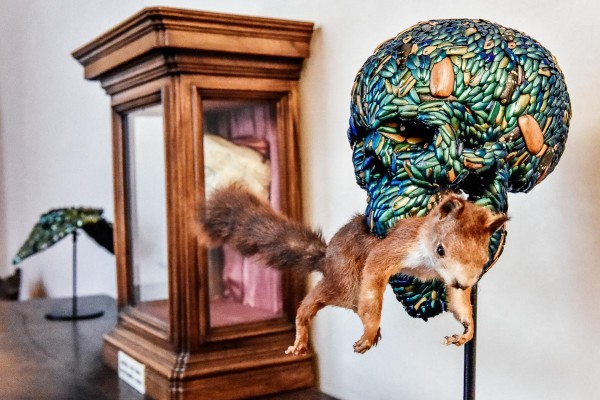 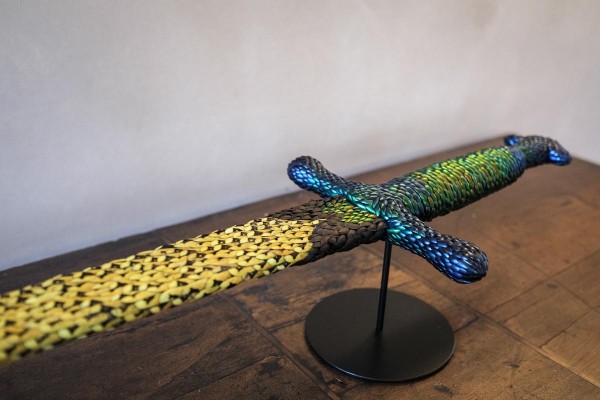