And come men and see the miracles which by these studies can be discovered in nature. [Leonardo da Vinci]

The Botany of Leonardo. A vision of science bridging Art and Nature is an exhibition devised and produced by Aboca, in collaboration with the Municipality of Florence and MUS.E.

Leonardo da Vinci’s studies and intuitions on the forms and structures of the plant world at the centre of an exhibition in the heart of Florence.
A journey through original sheets, natural elements and interactive installations that become an opportunity for reflecting on scientific evolution and environmental sustainability.

At the end of the celebrations for Leonardo da Vinci, The Botany of Leonardo opens on Friday September 13th in Florence, a major exhibition that explores Leonardo da Vinci’s botanical studies, little known despite the immense fame of the Tuscan genius. And even more importantly, it takes a closer look at his “universal” scientific thoughts, so full of implications for our modern times forced to profoundly rethink the relationship between humans and nature.

Original tables, interactive installations and real plants create a fascinating programme through the intuitions and innovations of “systemic” thinking, able to combine art and science, and to look at life and nature (including humans) as a single entity where everything is connected and everything is moving.

The exhibition, set up in the evocative spaces of the monumental Santa Maria Novella complex, in the former Dormitory and Great Cloister, illustrates and explores Leonardo’s botanical discoveries (for example, he was the one that understood the connection between rings in the trunk and the age of the tree), and it takes us through the extraordinary sequence of his drawings of details, leaves and plants. Above all, it shows and demonstrates how art and science were inseparable for Leonardo: scientific knowledge is never just descriptive, painting is never just aesthetic. In a “systemic” vision where they wondered – and we continue to wonder centuries later – about the complex system of relationships between humans and nature.

This thought was also translated in the set-up of the exhibition, which opens in the Great Cloister with five monumental uniform polyhedrons, drawn by Leonardo for the “De Divina Proportione” manuscript by Luca Pacioli, symbols not just of harmony and formal perfection but also the complexity and mystery of the world. This is accompanied by a parade of real plants selected from those drawn or quoted by Leonardo in his writings, which are interwoven into an introduction of Florence’s philosophical, artistic and technical renaissance in the second half of the 15th century. This is an opportunity for illustrating the complexity of Leonardo’s thinking compared to the alchemical processes and techniques, which explores the great possibilities of “being in nature”. The inside of the exhibition continues with a leap into the magic world of trees, leaves and stories that evoke, in a play between real and virtual, Leonardo’s decoration of the Sala delle Asse (the room of the wooden boards) in Milan. The exhibition continues in the former Dormitory, structured as a “plant organism”, with various sections: digital and multimedia language is a constant underlying feature, which offers the possibility of appreciating Leonardo’s work in a spectacular manner – his drawings, his paintings and his writings – and to experience his important intuitions in the field of botany from an interactive and contemporary standpoint. This is where his studies on dendrochronology become an opportunity for experiencing the history of humanity and its great events by following the rings of trees; those on phototropism or geotropism offer a surprising live opportunity to understand how nature adapts to and dialogues with the environment; the rules of phyllotaxis and continuity of flows inside a tree (not called “Leonardo’s” rule by chance): and the plant anatomy intellectualised by Leonardo, able to understand and render the most minute details of a flower, a branch or a leaf, is proposed in the dialogue with contemporary works, while the marvellous botanical details included in his famous paintings – so realistic they can be defined “portraits of plants” – are offered for public viewing to initiate a path in reverse on the origin of the plant pigments used. The programme, featuring three priceless original sheets of the Codex Atlanticus of the Veneranda Biblioteca Ambrosiana (f.197v, f.663r, f.713r), ends with a reworking of the famous “Vitruvian Man”, which becomes the impetus for reflecting on the balance between humans and nature, and with the extraordinary installation dedicated to the connections between all the elements of the living system, well-known to Leonardo and now often forgotten.

The events, guided tours and activities.

At the time of the inauguration and during the entire period of the exhibition a programme of meetings will be offered to study Leonardo’s thinking from a contemporary viewpoint. The calendar features many appointments in Florence and various cities in Italy, where scholars and philosophers (among others Giulio Giorello and Massimo Recalcati) will reflect together on the extraordinary work of Leonardo da Vinci, combining the systemic thinking he suggested five hundred years ago with today’s knowledge.

The exhibition also offers other ways for becoming familiar with Leonardo, for everyone, families and children: Leonardo Botanical Walks, around Florence with Aboca botanists to look for “Leonardo” plants that still live and withstand the cement and asphalt, as well as educational workshops – Leonardo did all sorts of them – to let children learn about his soul as a great experimenter. 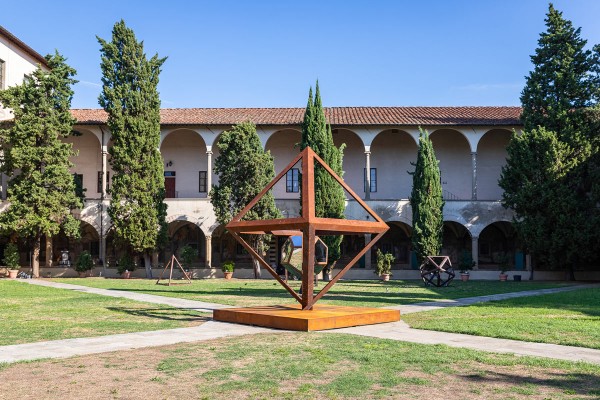 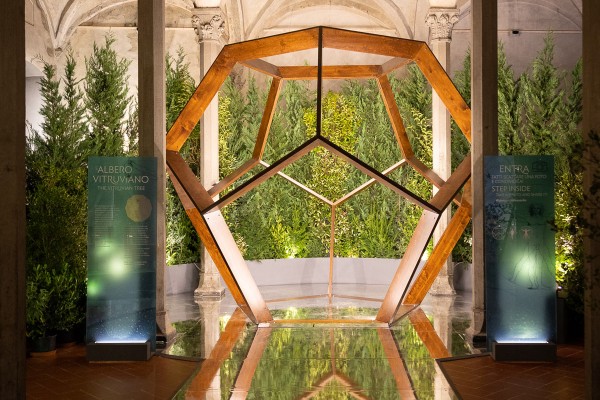 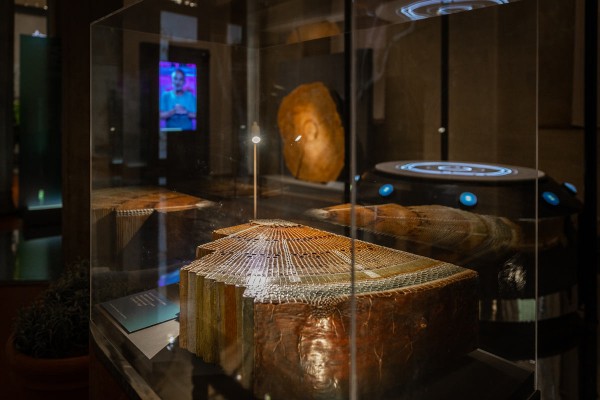 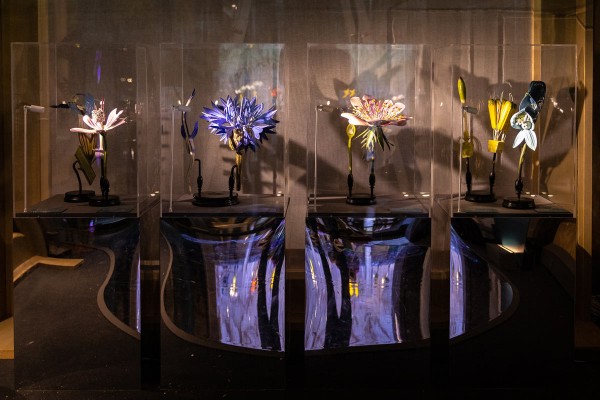 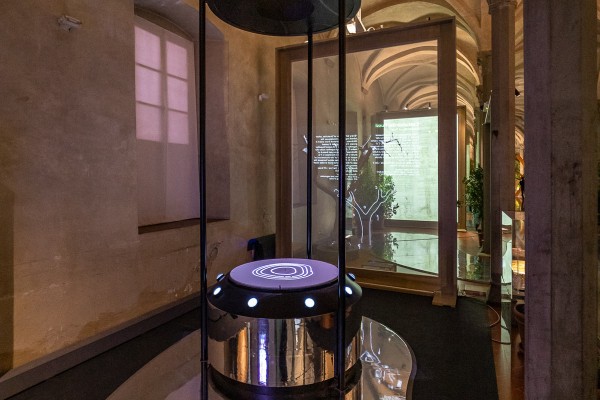 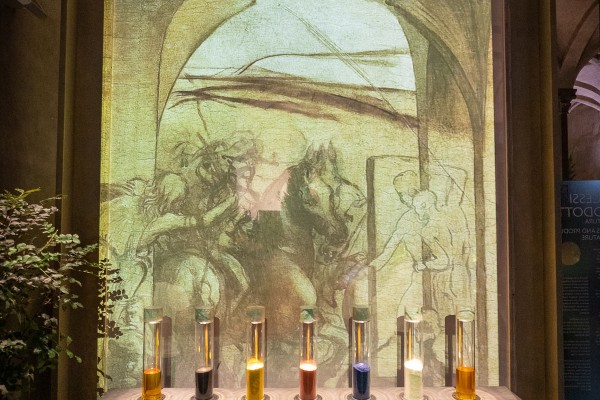 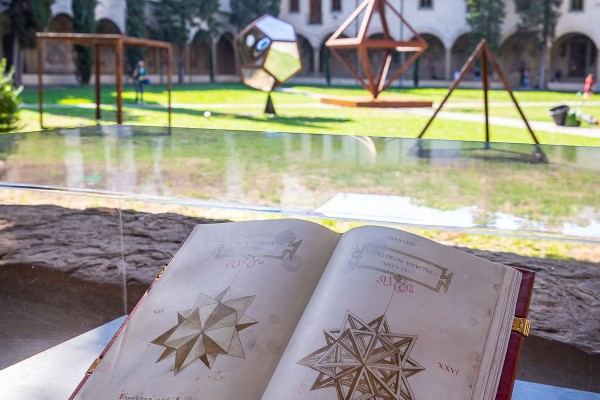 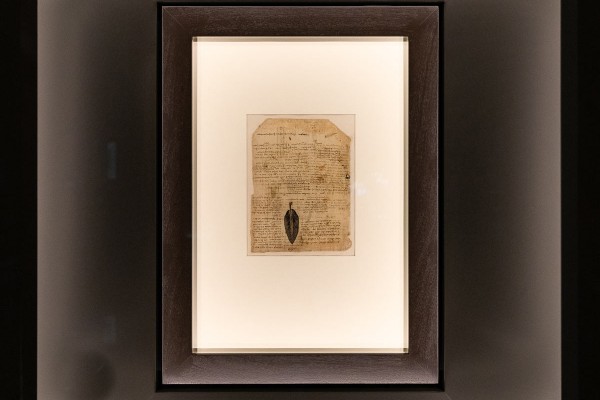 The exhibition curators are Stefano Mancuso, one of the top authorities in the world in the field of plant neurobiology; Fritjof Capra, physicist and theorist and Leonardo da Vinci scholar; and Valentino Mercati, founder and president of Aboca.

The scientific coordinator is Valentina Zucchi, MUS.E. Organisation is by Aboca and MUS.E.

The Botany of Leonardo was created and produced by Aboca, a Tuscan healthcare company that has been active in the healthcare field for more than forty years with 100% natural products that respect the body and environment. Aboca is a benefit corporation, constantly committed to the common good.