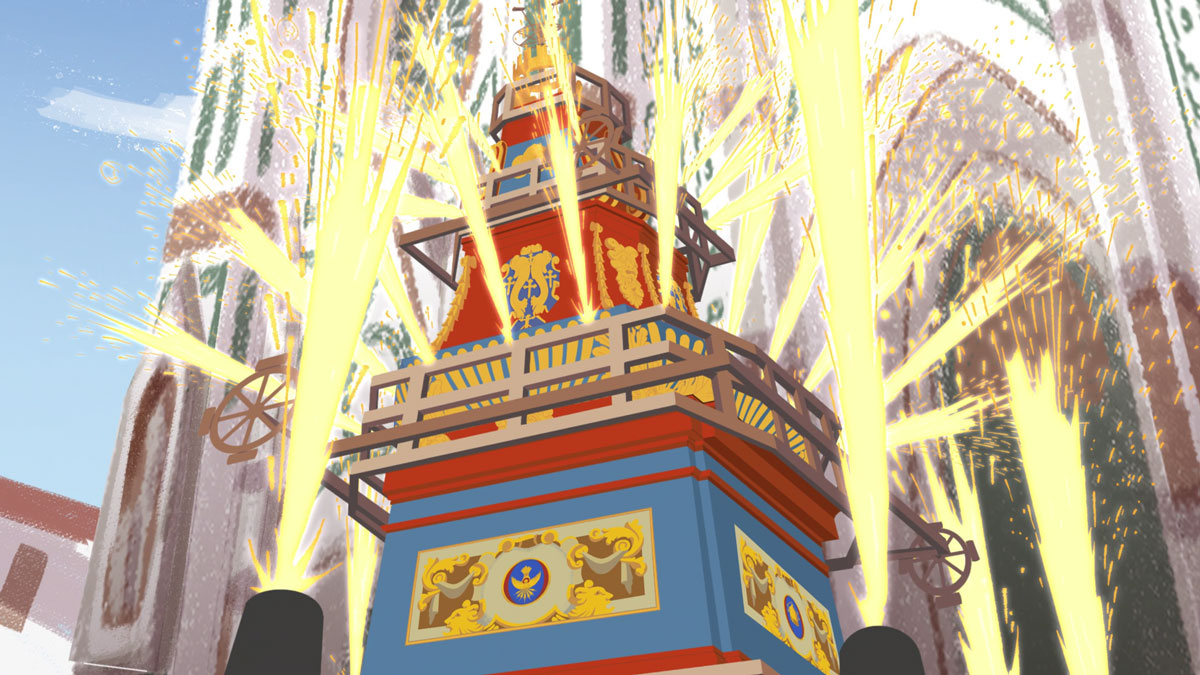 Explosion of the Cart: the Florentine tradition becomes a cartoon

Florence, 12 April 2022 – as Easter approaches, preparations are underway in Florence for a tradition that has no equal: lo scoppio del carro. A millenary tradition, both religious and civic, which will be renewed in 2022 as it was hundreds of years ago: on Easter Sunday an incredible event will take place, namely the procession of a large cart through the city centre to the so-called Paradise – the space between the Cathedral of Santa Maria del Fiore and the Baptistery of San Giovanni – which will become the protagonist of a phantasmagorical burst of fire and light, a spectacular message of peace, rebirth and salvation.

To allow young people to discover the roots and peculiarities of this event, the Municipality of Florence has promoted the creation of an animated short film curated by MUS.E and produced by Animago Studio.

The video, available in Italian and English on MUSE’s YouTube channel, offers the opportunity to learn more about this Easter tradition through the eyes of a child, Vanni, already the protagonist of two famous Florentine short films: Per fare una città ci vuole un fiore (‘to build a city you need a flower’), dedicated to the iris, symbol of the city; and Stemma Medici: storie e leggende (‘the Medici coat of arms: stories and legends’), centred on the Medici Shield (both available on MUS.E’s YouTube channel). Thanks to a careful research and investigation, the creative development of the story and the animation storyboard, an animated short film has been created on the roots and events of this all-Florentine Easter tradition, which will be made known thanks to the curious look of a child and the knowledgeable experience of a grandfather.

The tradition has its roots in a very distant past, when the Florentine Pazzino de‘ Pazzi returned from the first crusade to Jerusalem with three shards of stone legendarily taken from the Holy Sepulchre and was carried in triumph on a cart through the streets of the city. The three sacred stones were soon used to give life to the blessed fire of the Easter Vigil and to a great rite of light: a special and profound rite, renewed over the centuries and which has come down to us.

During this year’s Easter holidays, three days of activities for families with children aged 6 to 11 years old are exceptionally scheduled, dedicated to the scoppio del carro: in the Sala dei Gigli of the Palagio di Parte Guelfa, set up as a permanent space for children, participants will be able to watch the video and then be involved in an artistic workshop (Thursday 14, Friday 15 and Saturday 16 at 10am, 11am and 12pm, free of charge).

Back to news
Last News
List of museums
×
Check your availbility - Explosion of the Cart: the Florentine tradition becomes a cartoon